Solving Condensation Problems in the Home.

Signs to look out for:

Condensation is considered the most common cause of dampness in home and building structures, probably accounting for the best part of damp problems reported. It affects both old and new bedrooms, storerooms and buildings, indoor pool areas, windows and tiled floors.

Condensation is directly associated with mould growth by feeding the mould, just like feeding a plant. The first signs are typically, “musty” odorous smells, frequently associated with a damp house. Visually the occupier may see mould, and underlying factors can exasperate the problem. The mould is usually found on most organic decorative surfaces, especially curtains, carpets, window frames and glass etc, where it can cause severe and permanent mould damage. In many cases, the mould and its spores give rise to complaints by occupiers relating to health issues such as sore eyes, frequent colds and allergies and also the damage to paintwork, drapes, timber window frames etc.

Typical places for condensation to occur are on cold ,painted walls, windows and tiled floors, but it can also occur in roof spaces especially with uninsulated Colorbond roofs and in underfloor areas where there is a timber suspended floor (non-insulated) over untreated bare soil; in the latter case, it can lead to cold floors above, dry rot or wet rot developing in floor timbers.

It is a fact that warm air can hold more water as vapour than cooler air (below 15degC). Condensation is caused when moisture-laden air comes into contact with a cold surface – the air is cooled to the point where it can no longer hold its burden of water vapour. At this point, known as the “dew point”, water begins to drop out of the air, and can be seen as condensation fine water droplets on cooler surfaces. On non-porous surfaces such as glass and gloss paint, beads or a film of water collect. On porous materials and surfaces such as curtains, wallpaper gyprock, the condensing water is absorbed into the material. Therefore, not easily seen by the naked eye.

Condensation is a seasonal problem, occurring during the colder months – in Australia usually between May and Sept. During the summer months, the condensation problem isn’t a major issue, but rather humidity steps in,often from summer storms and heightened rainfall, bring high humidity levels feeding dormant mould with a food source of moisture, resulting in high levels of mould around the home and in hidden places.

During the winter, ventilation of the house is usually low (due to windows and doors being closed, draught-proofing takes place to keep a warm home). Water vapour systematically builds up in the house, which, in some cases is sufficient to cause condensation. This condensation becomes apparent from the following symptoms:

· Condensation forms on cold, non-porous surfaces such as tiles, glass and paint.

· Various coloured strains of moulds can appear on surfaces.

In some cases, condensation may be long term, but intermittent, forming only at certain times of the day or night. In these cases, the only sign of condensation may be mould growth, as the moisture may have evaporated by the time moisture measurements are taken. Be aware that the problem can occur well away from the site of most water vapour production, eg: water vapour produced in the kitchen may diffuse through the house into a cold bedroom where it will condense on cold walls.

To confirm that there is a condensation problem, then a basic Humidity meter that reads
30-80%RH will help to measure the moisture (Relative Humidity) in the indoor environment. Keeping humidity @55-60%RH as the ideal base line.

Dehumidifiers are one the most effective and affordable solutions. They have the ability to sense high levels of humidity, switch on automatically, dry the air and switch off when preset humidity is reached (typ 55-60%RH), dehumidifiers collect the moisture into an inbuilt tank or expel the collected moisture via an outlet hose.

Other common ways to remove moisture from the home is by using extraction fans in the kitchen Via a range hood, bathroom via a ceiling or wall exhaust fan. These must be extracted to outside the building for best results via a connected flexible duct.

New control methods available are the ERV units Energy-Recovery-Ventilation are designed to provide a complete ventilation solution for domestic and commercial applications.  Energy recovery ventilators are designed to force in fresh filtered air from outside, at the same time extract the stale, damp air from within your home. They are available in many sizes to suit all homes and businesses.  Contact us for more information on 1300 353043. 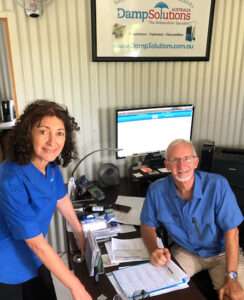 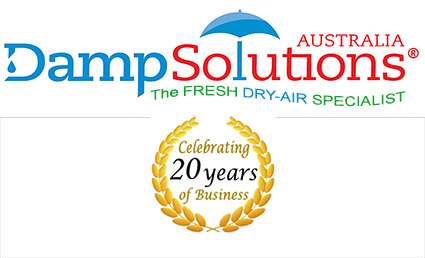